The residents of Dubbo have expressed a strong desire to protect water quality in the Macquarie River running through the town, and Council has delivered.

One was a new OceanSave GPT from Ocean Protect on 18ha.  One was a new DSTORM from Durhams on 80ha.  And the last was the largest proprietary GPT solution in Australia, being twin P3030 CDS Units from Rocla with double depth sumps treating a catchment of over 400ha!

This massive underground GPT structure was the hardest installation ever undertaken by Optimal Stormwater, because essentially there was an unidentified underground river running through the site.  It was the wettest winter on record, bitterly cold, and the dewatering required was second to none.  Using two submersible pumps, plus spearpoint dewater and a suction truck, the sump for the second CDS still had to be installed underwater!  And that’s the first time in Australia that has ever been done.

Mark Johnston (Manager Infrastructure at Dubbo Regional Council) said “This was the largest and most challenging stormwater treatment project Dubbo Regional Council has ever undertaken, and we are very happy with the outcome and very glad we had Optimal Stormwater as our partner to deliver this fantastic outcome for the Macquarie River.”

Ben Shields (The Mayor of Dubbo) used the new large CDS GPTs as the focus for the Clean Up Australia media release, noting that Council was clearly doing its part, but everyone had a role to play in protecting our environment.

Murray Powell (General Manager at Optimal Stormwater) said “It’s the biggest proprietary GPT solution in Australia, it was diabolically difficult due to groundwater, but its now the jewel in crown of Dubbo’s stormwater treatment works, and Dubbo is leading regional NSW in its efforts to protect inland waterways.  It was inspirational working for them.” 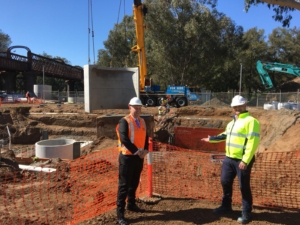 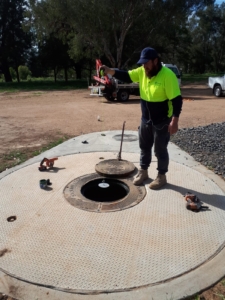 Workshop Overview This workshop is aimed at Maintenance Managers and Cleaning Contractors, as well as Council staff involved in the sizing, siting and approval of stormwater treatment measures.  This is a new course developed by Stormwater NSW. This workshop focuses on the new Operations and Maintenance Guidelines, produced by Stormwater NSW, that have become the[...]
Mar
28
Mon
2022
9:00 am franc.sydney @ Dockside Darling Harbour
franc.sydney @ Dockside Darling Harbour
Mar 28 @ 9:00 am – Mar 30 @ 5:00 pm